Photographing men’s portraits is very different than women’s. These photos become less of getting the right makeup look and more about finding the right angles and lighting to create the look of stunning men’s fashion photography.. 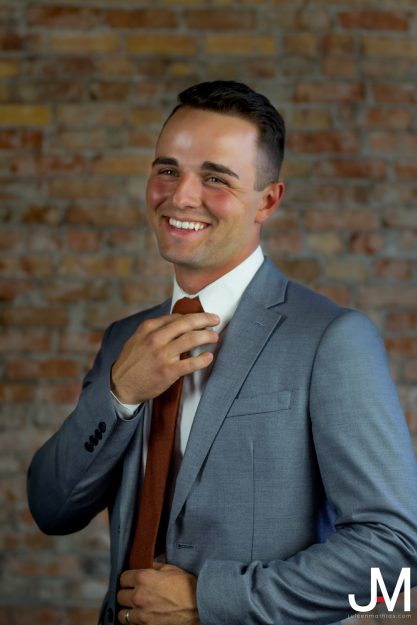 This photo was taken from the bride and groom duo. There was light coming from a large continuous light, with some additional lighting coming in through the window. I took a few individual photos of the groom fixing his tie. My shutter speed was at 1/200, with an aperture of f/2.8 and ISO 200. 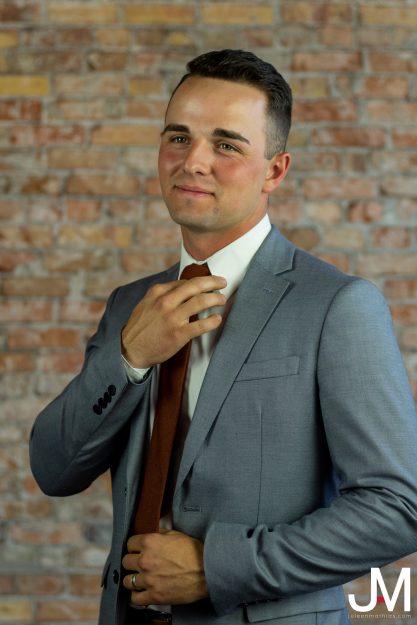 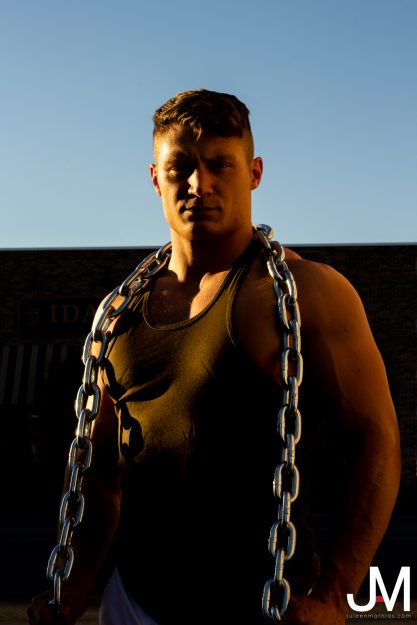 In this photo, I had my fitness model put a chain around his neck and face me so that the sun gave him an intense side lighting that created harsh shadows to define his muscles. My shutter speed was 1/60, with an aperture of f/14 and ISO 100. 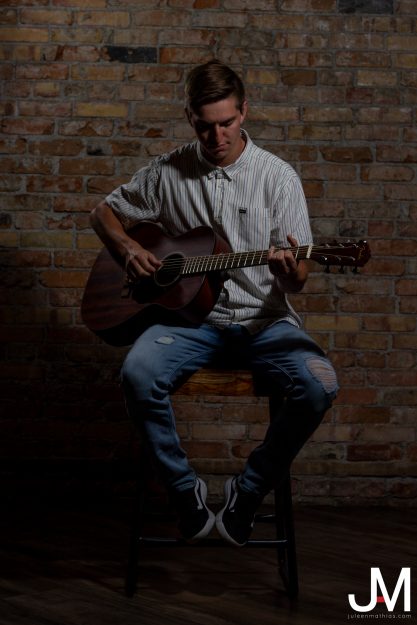 This photo was taken of the model sitting on a chair holding his guitar. There were three speedlights on him. One acted as the primary light, another as a side light, and the last as a hairlight. My shutter speed was at 1/200, with an aperture of f/5 and ISO 100.

For this photo, I wanted to get a bit more creative with the lights. I kept the side light, but removed the hair and primary light and created backlighting with them. One faced the wall, the other faced the back of the models next to create a slight halo effect. My shutter speed was 1/200, with an aperture of f/5 and ISO 100.

This is Juleen Mathias 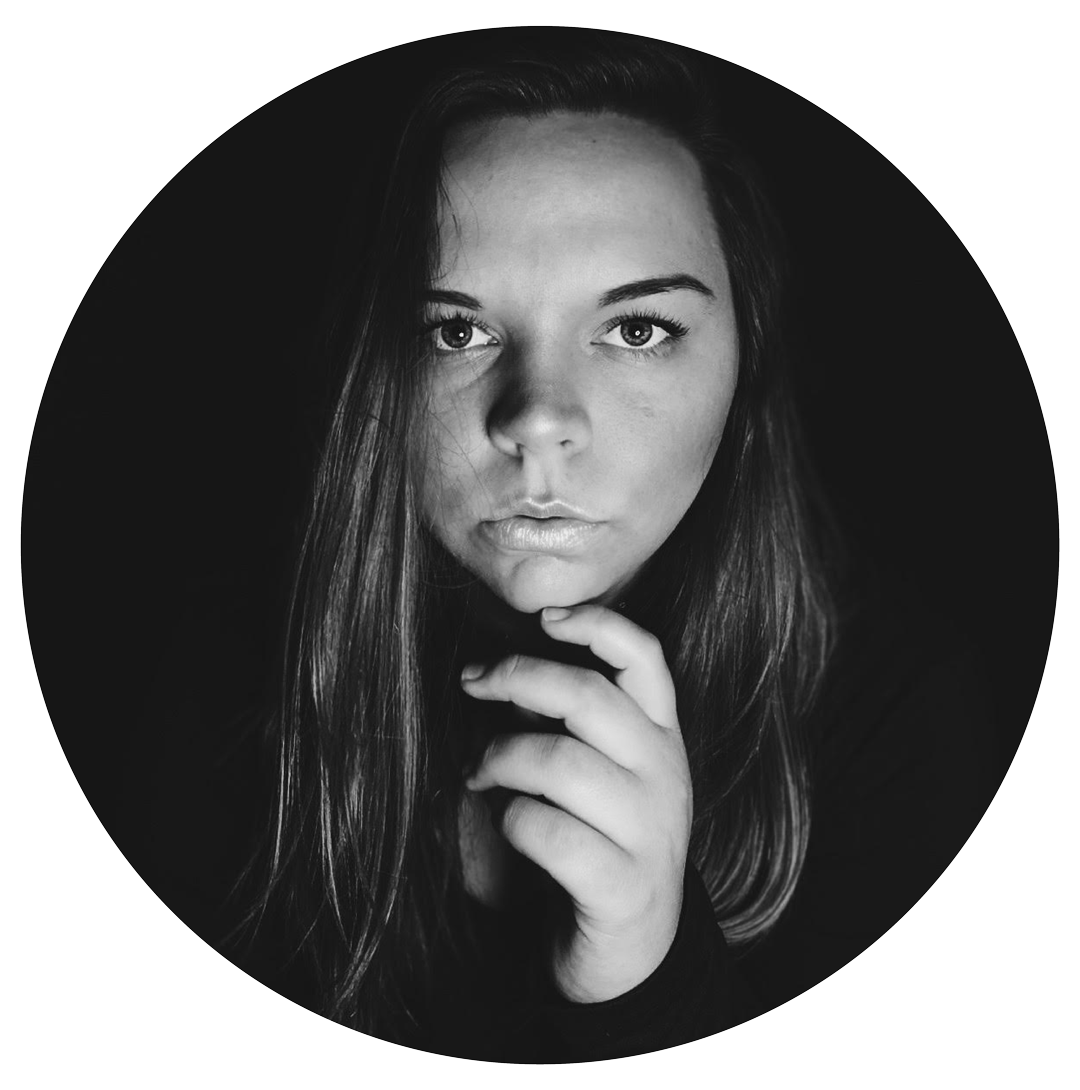 Juleen Mathias is a BYU-I Alumni who studied Visual Communication. She is a photographer and graphic designer who values creativity.

SHOOT👏IN👏RAW👏👏👏 I cannot tell you

this colder weather is making me excited for some

Just the cutest family you ever did see 🥹 Thos

always looking for excuses to post photos from thi

What’s the best camera? It’s the one you have